The Chief Minister said this while interacting with the media after casting his vote for the post of President in the State’s Vidhan Sabha on Monday.

He said that along with all the states of the country, voting is going on for the post of President in Lok Sabha and Rajya Sabha, which will continue till 5 pm. Till 12.30 pm, 48 votes have been cast in the State Vidhan Sabha. Some MLAs are also voting in Delhi.

“NDA and UPA candidates have their own voting calculation, I am completely sure that NDA candidate Smt. Droupadi Murmu will win the election by a huge margin and will take oath on July 25,” said Sh. Manohar Lal.

Smt. Murmu will be the second woman President of India, Chief Minister

Sh. Manohar Lal said that Smt. Droupadi Murmu would set an example and be a source of great inspiration among other women across the country. Smt. Murmu is going to become the second woman President of India, while she will be the first woman from the tribal society to be elected to the post of President.

Responding to a question, the Chief Minister said that whether it’s about selecting a Presidential or Vice Presidential candidate, NDA has always preferred choosing good and educated candidates. The NDA candidate for the post of Vice President Sh. Jagdeep Dhankhar hails from Rajasthan and has been a lawyer by profession. Along with this, he has also served as Governor of West Bengal and had played an important role there. NDA has certainly given a good message by fielding him for the post of Vice President, said Sh. Manohar Lal.

Committed to protect interests of farmers at all costs: Kuldeep Singh Dhaliwal 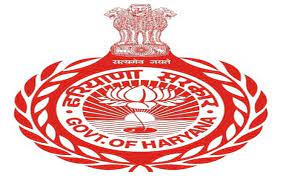