AAP is a pro-people party and does not discriminate based on caste, or religion: CM Mann

-People are eager to bring a change in Gujarat by ending 27-year long rule of BJP: Bhagwant Mann

Expressing confidence in a historic victory in the upcoming Gujarat assembly elections, Chief Minister Bhagwant Mann on Tuesday said that Aam Aadmi Party (AAP) will end the BJP’s oppression and tyrannical rule of 27-year in the Gujarat and will usher a new political era in the state. 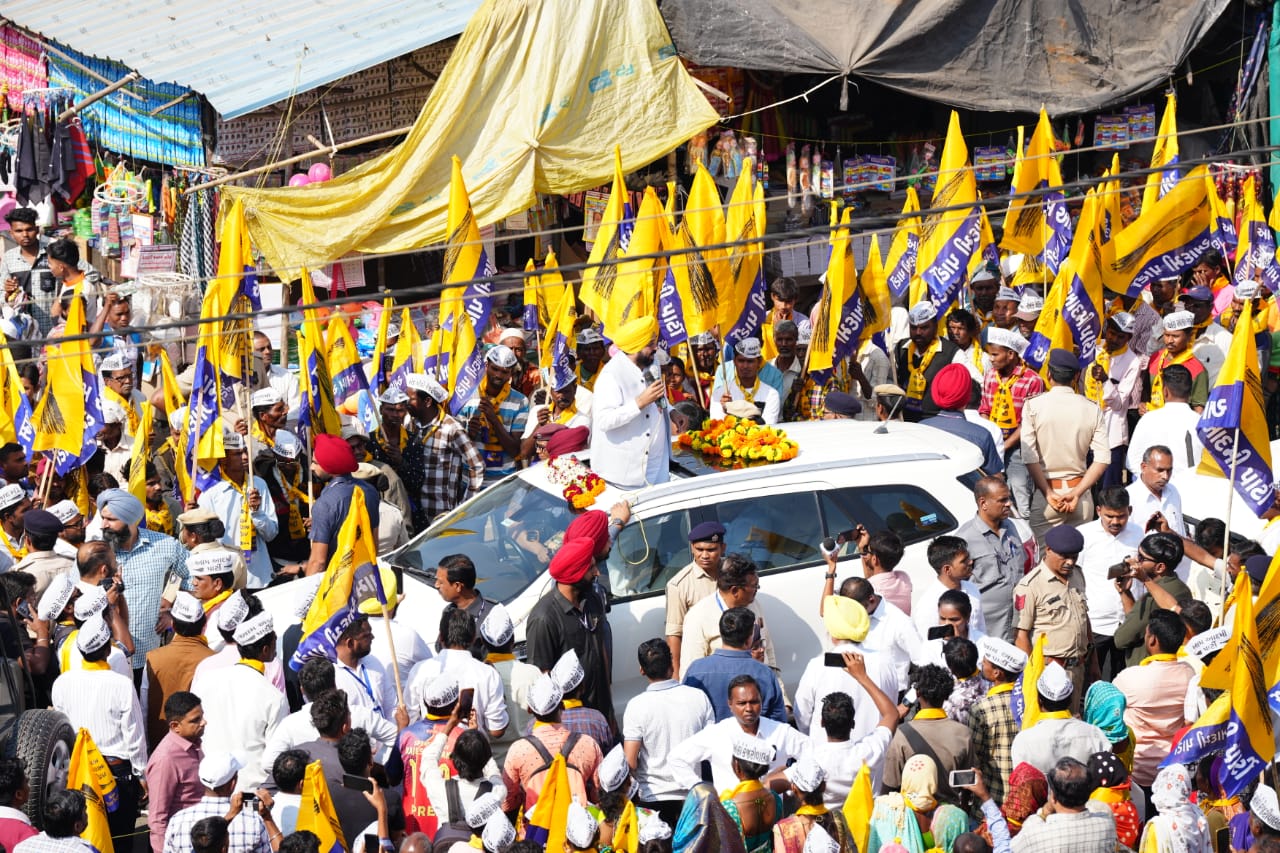 Addressing a massive gathering during his road show here at Dangs, CM Mann reiterated that the AAP has adopted a zero tolerance against corruption and after coming to power, all the venal and corrupt leaders will be taken to task for plundering the money of Gujarat’s people and they will pay for their sins and dastardly regime.

He said that Congress and BJP leaders have looted the money of the country far more mercilessly than even what the Britishers had done and said, “Pehle lade they goron se, ab ladenge choron se (First, we fought the British, now we will fight the thieves),” while urging people to end the inimical 27-year-old regime of BJP by giving a chance to honest AAP party under the leadership of supremo Arvind Kejriwal for a better future.

Chief Minister Bhagwant Mann asserted that the time has come now to bring a change into Gujarat politics by ousting venal and tyrant BJP leaders from Gujarat, which has pushed the state’s economy by decades due to its ill-advised policies.

Mann said that AAP will clean up the filth spread in the political arena with a broom across the country including Gujarat by bringing development, new schools and giving top-class health facilities to people.

Lashing out at BJP for doing ‘cheap politics’ for the vote bank, Mann said that AAP will form a pro-people government in the state, which does not discriminate based on caste, or religion. It will work for the inclusive development of all sections in the state. He said that AAP is a party of the common people. Only the sons and daughters from humble backgrounds will go to the assembly and the Lok Sabha from AAP.