MC Chandigarh is committed towards making the city a front runner in Swacch Sarvekshan.

Chandigarh, September 30:- Chandigarh has been adjudicated as the winner alongwith Navi Mumbai in 10 lacs plus category of the Indian Swacchta League today by the Union Ministry of Housing and Urban Affairs. This award is attributed to the city’s enthusiastic participation in the Indian Swachhata League (ISL). 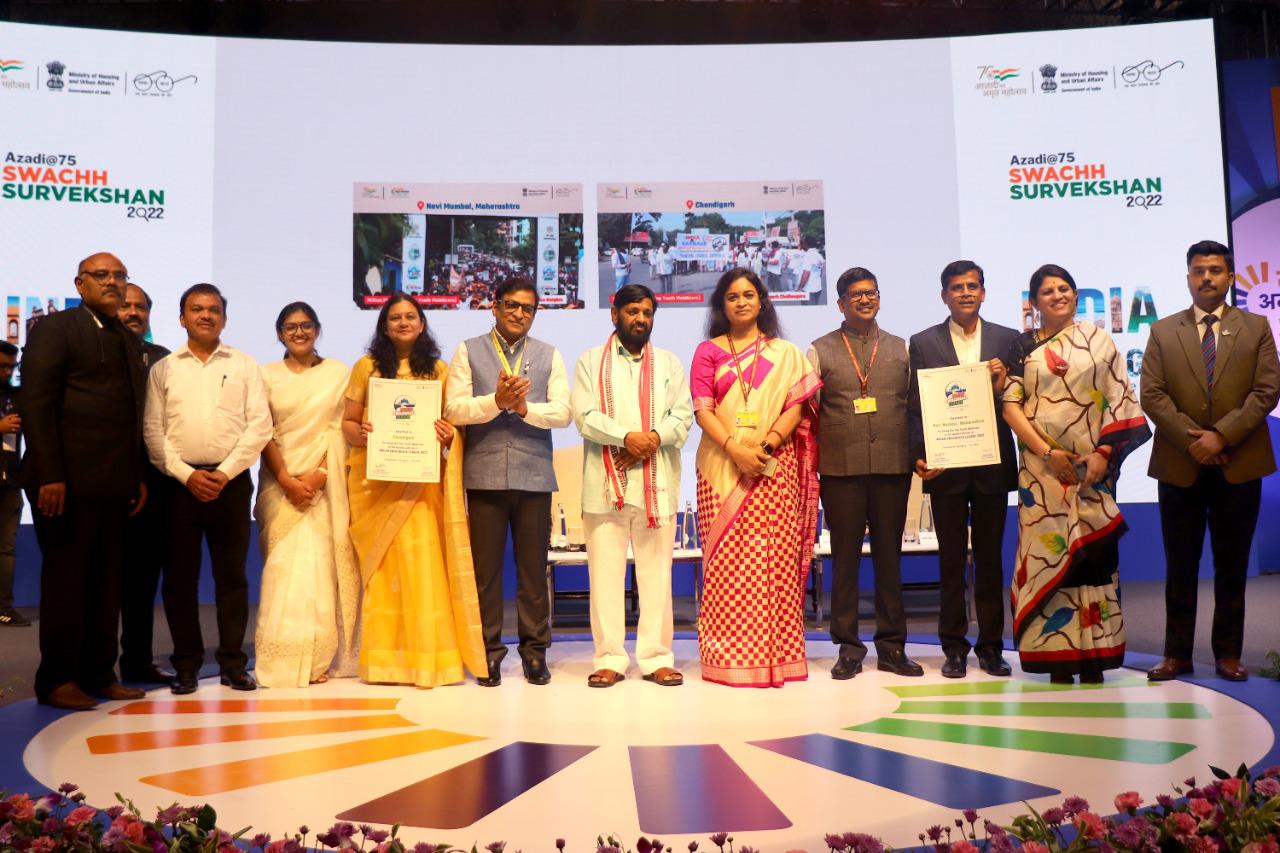 After receiving the award, Ms. Anindita Mitra extended heartiest compliments to the people of city specially the yuva teams for their enthusiastic participation in the Indian Swachhata League (ISL). She said that by doing so, the youth of Chandigarh has displayed its strong commitment towards the vision of ‘Garbage Free City’.

She elaborated that following the successful conduct of ISL activities across more than 1850 cities, a rigorous evaluation was undertaken, and the top city teams have been shortlisted for a special felicitation programme.

She said that in the Swachhata League, Chandigarh got an opportunity to detail its novel activity at the National level. Participation of the youth in the league, novel ideas in implementing activities and the improvement in urban cleanliness as a result of the activity, were the guidelines on the basis of which the National winners were decided. It is worthy of mention that Chandigarh had executed a novel human chain of more than 2000 youngsters and depicted four colour coded dustbins symbolising source segregation of waste.

She further said that the contests underlined the magnitude of the effort made by the MC and its sanitation workers in ensuring cleanliness, taking the help of youth to increase public awareness on avoiding dumping of garbage, and sending the message of clean water sources etc.