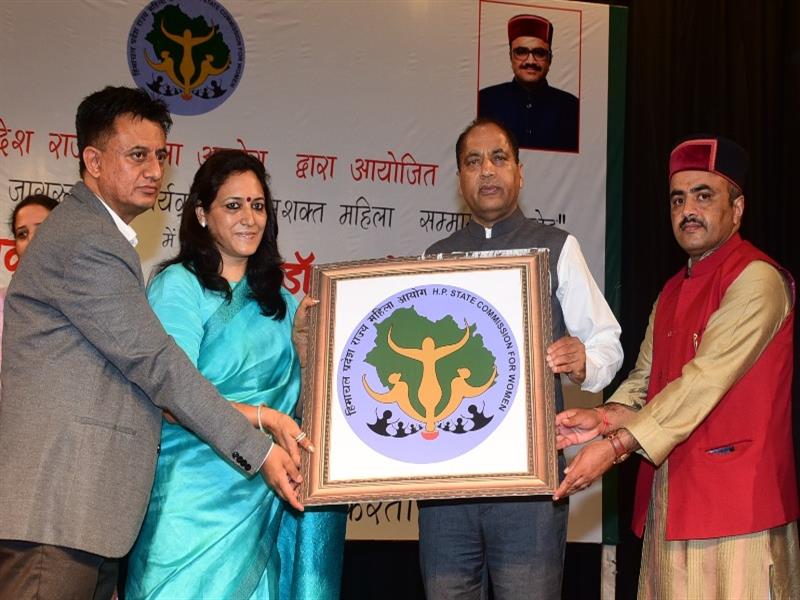 The women constitute half the population and it is difficult even to think of development of the society without welfare and empowerment of the women. This was stated by the Chief Minister Jai Ram Thakur while addressing the State Level Legal Awareness Programme and Felicitation Function held by the Himachal Pradesh Commission for Women for felicitating the women achiever’s of the State here today.

The Chief Minister said that collective efforts were required to ensure women empowerment as given opportunity, women can excel in every field and they have proved this time and again. He said that although several laws have been enacted for women empowerment and checking crime against them, still a lot more needed to be done. He said that mere making of Law was not enough, but the need of the hour was to change the mindset of our society.

Jai Ram Thakur said that the State Commission for Women was rendering a great service for empowerment of women and also for making them aware regarding their rights. He said that the State Commission for Women receives about 1000 cases every year, out of which over 600 are redressed by the Commission amicably. As many as nine women awareness camps and five legal awareness camps were organized in the State during the tenure of present State Government to create awareness amongst the women about their rights. He said that the ancient Indian traditions and values gave due respect to the women and there were almost no or very little incidents of crime against the women at that time.

He said that the girls should be educated from the very beginning regarding their rights and laws to safeguard their rights. He said that participation of women in decision making process was vital for their empowerment. He said that the State Government started Gudiya Help Line 1515 for checking crime against the women and they can call on this toll free number at the time of distress. In addition, the State has also started Shakti App for empowerment of the women.

Jai Ram Thakur said that in order to change the mindset of the society against the girl child, the State Government has increased the assistance amount given under the ‘Beti Hai Anmol Yojna’ to BPL families from Rs 10000 to Rs 12000. He said that with the growth in education, slowly but steadily the mindset regarding the girl child was changing, which was a welcome sign.

Chairperson, State Commission for Women Daizy Thakur while detailing the highlights of the Legal Awareness Programme, said that such programme give an opportunity to the women to have knowledge about their rights.

Senior Advocate Virender Sharma gave a detailed disclosure on the domestic violence against women. He said that awareness regarding women rights was the most effective tool for their empowerment.